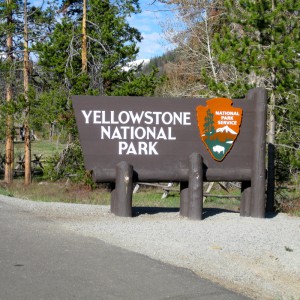 Explore America’s first National Park just 90 minutes from Bozeman, Montana. Yellowstone National Park is one of the world’s primary wildlife preserves and has the greatest concentration of geysers and hot springs in America.

Yellowstone National Park was established as the world’s first national park in 1872 and has more than 1,100 historic structures. 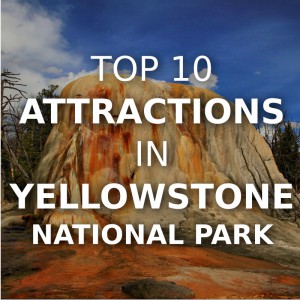 The four basic types of thermal actractions present in the Park are hot springs, fumaroles, mudpots, and geysers.

Geysers: Yellowstone National Park contains the majority of the worlds geysers. It has approximately 10,000 thermal features, over 500 hundred of which are geysers. Much of Yellowstone sits inside an ancient volcanic caldera (the exploded crater of a volcano). The geyser’s eruptions are the result of super-heated water below-ground becoming trapped in channels leading to the surface.

Hot Springs: Hot Springs are similar to geysers, but their underground channels are large enough to allow rapid circulation of water. Rising hot water releases heat energy by evaporation or hot water runoff, while convection currents return the cooler water to the underground system, thus maintaining equilibrium. The microorganisms which live in and around the hot springs often make the pools very colorful.

Fumaroles: Fumaroles are holes or vents from which steam rushes into the air. It is like a hot spring, but lacks liquid water. Either there isn’t enough water or the underground rock is too hot and boils off all of the water so a pool can’t form. The small amount of water that does seep into the area is converted to steam and expelled from the vent, oftentimes creating a hissing noise.

Mudpots: Mudpots are thermal areas where water-saturated sediment (similar to clay) is affected by super-heated steam below. Rising steam forces its way upwards through the mud and ground water, bursting upwards sending showers of mud into the air, as if in a small explosion.