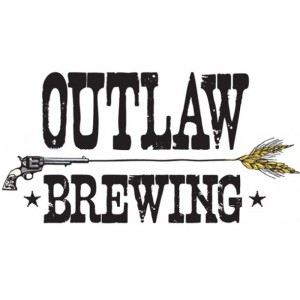 Todd Hough opened Outlaw Brewing in 2011 in a tiny corner of a barbeque restaurant in Belgrade with a tiny budget and huge ambitions. His beer making expertise grew, along with a superlative mustache that still graces his lip to this day. By the end of 2013 Todd decided to go all in and purchased the parcel of land where Outlaw currently sits. Throughout 2014 Todd oversaw Outlaw, was the general contractor for the new facility, and continued his duties as husband and father of two. The man likes to multi­task. While he’s no Thomas Jefferson, he is our founding father, so raise your glass to this mustachioed, beer­slinging Outlaw!

Brewer Julian Holland: Like many Outlaws, Julian didn’t always plan to spend his life on the lam. Before becoming the second member of Todd’s gang, Julian had ambitions for public service and a loving family back east. A few months after Todd launched Outlaw, Julian became his apprentice. Being a fast learner and a hard worker helped, but he really held his job because he was tall enough to hand scoop the spent grain out of the original mash tun (see photo section). For Julian, the promise of brewing hundreds of gallons of delicious beer in a single day overcame his better judgement and he swore his allegiance to Outlaw. Legend has it you can still see Julian behind the glass, stirring the mash and playing quick­draw with tri­clamps.

Tasting Room Boss Eve McConnell: When the Outlaws packed up and moved to the big city (yeah, that’s you, Bozeman), the need for a charismatic wrangler of the masses presented itself. They found Eve, regaled her with tales of the Outlaw lifestyle, fed her a few pints, and she signed up. Hailing from rural Wisconsin, Eve has that midwestern warmth that makes us all want to stay for another round, but also the tenacity to keep a bunch of rough and tumble Outlaws in line.