Museum Of The Rockies 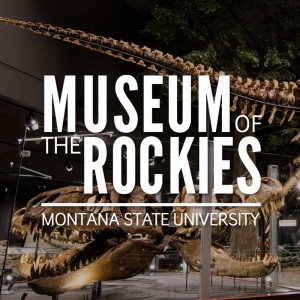 The Museum of the Rockies is affiliated with Montana State University and the Smithsonian Institution. The Museum Of The Rockies is known for its paleontological collections, although these are not its sole focus. The Museum of the Rockies houses the largest collection of dinosaur remains in the United States, possessing the largest Tyrannosaurus skull ever discovered, as well as the thigh bone of a Tyrannosaurus rex that contains soft-tissue remains. The museum is part of the Montana Dinosaur Trail and is Montana’s official repository for paleontological specimens.

The museum’s collections focus on the physical and cultural history of the Rocky Mountains and the people and animals who have lived there, and date back more than 500 million years. Permanent exhibits include: Enduring Peoples, which chronicles the life of American Indians on the Northern Plains and near the Rocky Mountains; History of the Northern Rocky Mountain Region, whose inhabitants included Native Americans, fur traders, gold seekers, and white settlers from frontier days through World War II; Living History Farm, which includes the Tinsley House, where costumed interpreters demonstrate life in a turn-of-the-century home; and the Taylor Planetarium, a 40 ft (12 m), 104-seat domed theater.

Museum Of The Rockies